The Supreme Court has today decided that European Union law cannot prevent enforcement in the UK of a £285 million arbitration award against the state of Romania. Romania and the European Commission had argued that payment of the award represented unlawful state aid contrary to EU law. 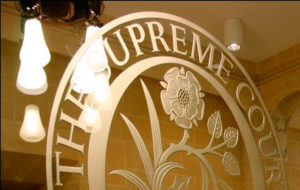 Specialist litigation law firm, Croft Solicitors, have won their second case in the Supreme Court since the firm was established in 2015, this time against a European state. The firm represents the first claimant, Swedish national Viorel Micula.

In 2017, Croft Solicitors successfully represented British expats in the Supreme Court to ensure that the procedure for the UK’s withdrawal from the EU was triggered lawfully under Article 50.

We’re delighted for Mr Micula and hope that his long battle for compensation will soon come to an end. We’re very proud that we’ve been to the Supreme Court twice since our doors opened less than 5 years ago and that we’ve won on both occasions. It’s a testament to the hard work of the entire firm.

Our immense thanks go to our barristers, Professor Sir Alan Dashwood QC, Patrick Green QC and Jonathan Worboys, who presented the case with enormous skill.

For further information, please contact Edward Hazzan at Croft Solicitors on 01242 285855 or edward.hazzan@croftsolicitors.com.

The Supreme Court’s decision and summary are here.

Our Case Digest can be found here.

More details on the case can be provided on request.